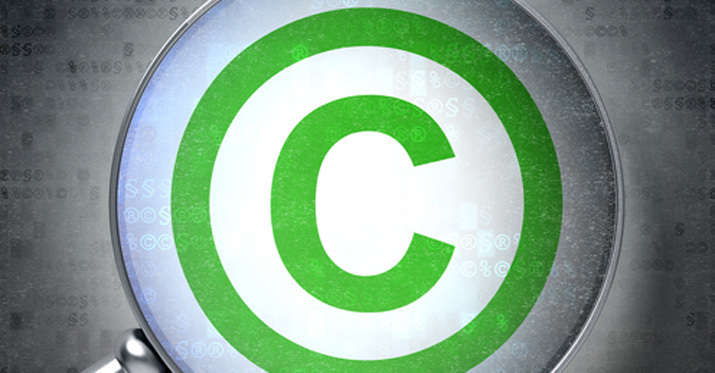 It makes sense to protect and copyright a song if you hope to profit from its recording and public performance – but how do music copyrights work?

So you’ve written a new song. It may have the potential to be a hit, but one thing is certain: it makes sense to properly protect and copyright a song if you hope to profit from its recording and public performance. How do music copyrights work? What is required to have ownership of your song’s copyright? Why should you register it with the Library of Congress? What are some of the common music licenses that generate income for songwriters?

What is a copyright?
According to attorney Don Passman’s authoritative book, All You Need to Know About the Music Business, a copyright is a "limited duration monopoly." When the founding fathers first established copyright in intellectual property, the term of that exclusive control was fourteen years. Since that time, copyright duration has been extended, to the point that today, once you properly register your song’s copyright, you and your heirs will have exclusive control of it for your own life, plus seventy more years.

While most songwriters or their publishers copyright a song and register the copyright with the Library of Congress (LOC), due to the way the law is written, a copyright actually exists the moment you fix your song in any tangible medium. So by recording it, writing out a lead sheet, or simply typing out the lyrics and printing them, you have created a tangible copy and at that moment in time, your song is protected by copyright.

So why bother to register your new song with the Library of Congress? Because until such time as it is officially registered as a new work with the LOC, you have some, but not all of the various protections that copyright law provides.

The first and most important result of registering your song with the LOC is that a permanent and unequivocal date of copyright registration is established. Should your song be used without your consent, this date will be used by a court of law to affirm that the use or unauthorized adaptation occurred after you registered your song. Such unauthorized use is commonly referred to as an "infringement."

Once your song has been registered, the full weight of copyright law can be used to protect your song, should it be used unlawfully. Penalties for using a copyrighted work without permission can be substantial, running anywhere between $750 and $30,000 for each infringed work. If a defendant willfully infringed, that is, he or she knew your song was protected by copyright, statutory damages can rise to $150,000 per infringed work.

One more benefit of registering your song is that if you have a valid LOC registration for your song and the court decides in your favor, the infringing party will likely have to pay your legal fees in addition to whatever statutory damages are required.

In practice, songwriters will often assign their song’s copyright to a music publisher in order to maximize the revenue opportunities. It then becomes the job of the publisher to develop as many licensed uses of your song as possible. Such uses may include cover versions of your song; placements in TV, film, and video games; use of your song in a commercial, greeting card, or on a compilation album. In exchange, the songwriter will normally share the revenue 50-50 with the publisher. Whenever your song is performed on radio or TV, it generates a public performance royalty that the three U.S. Performing Rights Organizations (PROs) – ASCAP, BMI, SESAC – monitor and then collect a royalty on the behalf of the songwriter and publisher. Each writer may only affiliate with one of the PROs.

Song vs. Master copyrights
Prior to 1972, the recording of your song was not protected by copyright, although the underlying musical ideas, usually represented by the lyrics and music that made up your song, were covered. At that time, Congress changed the law to extend copyright protection to sound recordings. This meant that for artists signed to one of the major record labels, the sound recordings they made in the studio usually became the property of the record label, based on the fact that in almost all cases, the label bankrolled these master recordings.

Record labels quickly realized these master rights represented a new stream of royalty income and began to exploit them. When you hear an original recording of a Motown classic such as "I Heard It Through the Grapevine" by Marvin Gaye in a motion picture, Motown/Universal has granted a master license to the filmmaker, while the songwriter’s publishing company, in this case Stone Agate/EMI Music Publishing, granted a song license to use the music in the film. So in this way, a recording of a song has two copyrights simultaneously existing: one in the underlying song, a second in the master recording of that song.

For the DIY band that has released its own album, they can simply send in a copy of their finished album to the LOC and register both the songs and the master recordings to receive full protection. Then, if a filmmaker wishing to use their song were to contact the band, they would be in a position to request a license fee for both the song use AND the master use, assuming the budget allowed for such fees. In practice, the filmmaker might have a limited budget, but remember that if you own your song and your master recording, you actually hold two distinct copyrights.

Mechanical License. This is the permission to use your song to record, manufacture, and distribute a new sound recording of your song. Even if you are recording your own song for a record label, under the terms of your contract, the label will need to secure a mechanical license before making the records and offering the song as a download. (Yes, downloads count as a record and as such, the publisher or songwriter must give advance permission to distribute or sell a song online.) Mechanicals, as they are frequently referred to, are audio-only licenses.

Synchronization License. Any use of your song in support of a visual medium is a synchronization (or synch, for short) license. When you hear a song used on a TV show or motion picture, a synch license was secured to pay the publisher for that use. Depending on the importance of the song in the context of the film or TV series, such licenses may generate tens of thousands of dollars shared by the publisher and writer.

Blanket License. Ever wonder if Queen earns a royalty when you hear "Bohemian Rhapsody" blaring over the sound system at your local bowling alley on Rock ‘n’ Bowl night? They do. The three PROs typically secure annual agreements with any business or venue that features music playback or performance as part of its operations. The cost for such blanket licenses varies depending on the size of the venue and typical audience size. For example, the blanket license fees paid by Madison Square Garden to use music during a NBA basketball game will be proportionally higher than your local bowling alley pays. But both types of venues help add to the songwriter and publisher’s revenue streams when a song is frequently played.

Master License. This is the license needed to use a master sound recording in any commercial setting. Record labels often control most masters performed by top artists as they invested the money to record them in the first place. However, more bands are deciding to take the totally independent route, which will often result in the band retaining the master rights for their sound recordings. When such a band gains enough notoriety to attract the interest of a TV or film music supervisor, they may be in a position to profit from granting a master license and a song license if they also wrote the song in question.

Note: This article does not offer a complete explanation of music copyright and licensing matters. It’s best to get the advice of an experienced entertainment attorney or music licensing expert before entering into any binding music license agreement.

Book Recommendations
All You Need to Know About the Music Business – by Don Passman.
Now in its 7th edition (2009), this book is a classic that every songwriter or working musician should have on his or her bookshelf.

Music, Money & Success – by Jeff and Todd Brabec.
In its 6th edition (2008), this book clearly explains music licensing and publishing from top to bottom. Well worth the investment for the casual or serious songwriter.

Read more
Retaining Your Master Rights Is Smart Business
Is Your Project Ready For CD Manufacturing? A DIY Album Release Checklist
Get Paid When You Get Played
Intro to music licenses
Making Money With Music Licensing – Part I: Copyrights and Revenue