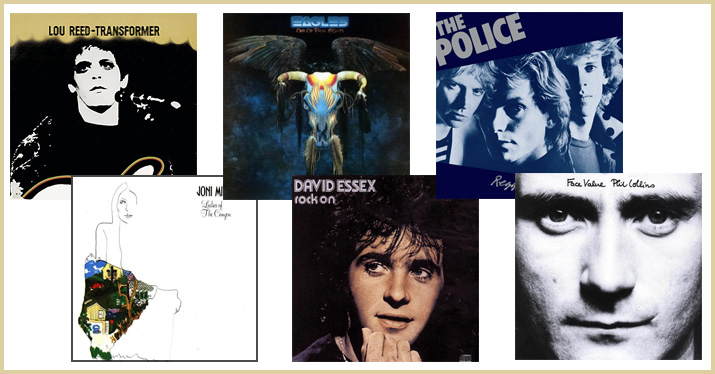 If you’re recording and mixing your own tracks, you may have already begun experimenting with reverb and delay, two time-based effects that offer the opportunity to change the perceived time and space coefficient of an individual instrument, voice, or an entire mix. Simply put, the use of reverb and echo effects can create the perception of music being performed in a small concert hall or a 20,000 seat arena, or anywhere in between. We’ll consider the aesthetic use of each, and recommend a few classic tracks worth checking out that make excellent use of these time and space effects.

While both of these effects are time and space-related, they are most easily differentiated by the discrete time that elapses between the original sound and its delayed reflection. The classic example of delay is often also referred to as “echo.” Go into a large rectangular room (gym, garage, church hall, apartment building foyer) and clap your hands loudly and listen to see if there is a discrete echo. The smaller the room, the closer together the original sound and its echo or echoes will be. Go into a cathedral, and you’ll immediately hear how the echo time is increased proportional to the room’s overall cubic dimension.

Rather than recording in different rooms, it’s simpler to simply use a reverb or delay effect. Using these effects in the control room or home studio also allows for very precise application to one or many different tracks, rather than relying on the specifics of the room you’re recording in.

Adding reverb to your mix polishes the overall sound and will add a bit of “roundness” to the recorded parts. If you place all of the instruments and vocals for a particular song through a specific reverb effect, you’ll create the impression that all the performers played together in the same space, whether or not they actually did so.

To discuss and analyze the creative application of both reverb and delay, I met up with engineer Jeff Crawford at a local studio to play back some classic rock tracks while he offered his opinions on how the use of these effects played a key role in the overall recording.

To stream the audio from these classic tracks, you can go to either Pandora or Grooveshark and sign up to hear them for free. 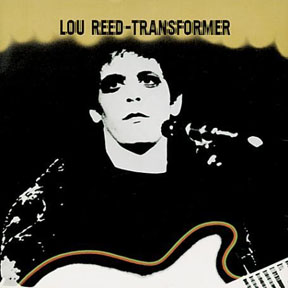 Reverb lessons from classic tracks
“Walk on the Wild Side” from Lou Reed’s Transformer. This is a classic record that used varying levels of reverb to creatively add a sense of distance and movement to the track. Jeff explains how the engineer and artist likely achieved this effect.

“What happens is Reed has the backing vocals singing ‘doot-do-doot’ at a medium low volume in the mix, enough to hear, but that recorded background vocal track is also feeding a reverb unit. The reverb unit’s return signal was then likely sent to a different channel on the mixing board, allowing the engineer to artistically mix the dry and wet (reverberant) signals.

“As Reed introduces the background singers with his famous line, ‘And the colored girls sing…’ the engineer has the wet fader up and the dry fader down, which creates the ghostly sonic image of the background singers a long ways from the listener. As that section of the song continues, the engineer then cross-faded the two, bringing up the dry vocals, while slowly pulling down the wet, or reverb return vocals. This creates a nice effect of the background vocals seem to move forward to the front of the mix. It’s a simple yet effective way of creating both distance and movement within the song.” 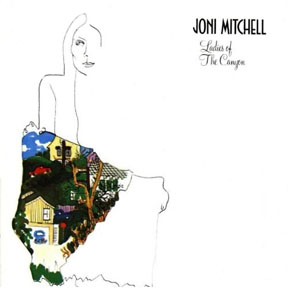 “Morning Morgantown” from Joni Mitchell’s Ladies of the Canyon. This song demonstrates a straightforward, very tasteful use of reverb that gives depth and body to the record.

“This simple song features two acoustic guitar parts and Joni’s voice, with some tasteful accompanying incidental instruments. No bass, no drums, so the use of reverb is even more apparent. You’ll notice Joni’s voice has a dash of reverb that gives it a beautiful shimmer, while the two acoustic guitars, which are panned left and right, have more reverb than the lead vocal. This creates the effect of placing the vocal ‘closer’ to the listener than the guitars and the other backing instruments. Simple and effective, this subtle use of reverb fits the song perfectly.” 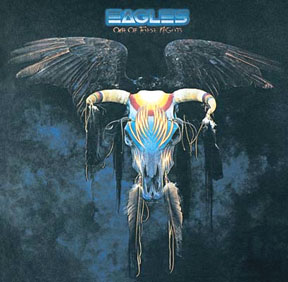 “Lyin’ Eyes” from the Eagles’ One of These Nights. This song features a pronounced use of reverb, including differing amounts on the band tracks, background vocals and lead vocal can be heard in the classic paean to heartbreak. The use of reverb places the Eagles tight three-part harmonies in an almost cathedral-like wash of reverb that adds a touch of choirboy poignancy to the record. Jeff breaks down how The Eagles, working with producer Bill Szymczyk, build the 6:21 track.

“The song starts off with the band playing the song powered largely by a driving acoustic rhythm guitar and the melodic guitar line picking out a phrase from the song’s melody. The first verse features a lead vocal with lots of reverb, thickened with a pre-delay that is best heard on the sibilant consonants (s, t, etc.) [Editor’s Note: Using a pre-delay to add a tiny time delay between the original or dry vocal’s occurrence and when it hits the reverb is a standard process to add more depth to a featured instrument or vocal.]

“The next verse adds a second voice singing a harmony part, also thick with reverb. Then a wall of vocals with even more reverb hits on the chorus, sitting atop the steady instrumental track, creating a very powerful and uniquely identifiable sonic hook that wouldn’t be the same without this layered use of differing amounts of reverb on the various vocal tracks.”

Jeff was careful to point out that in addition to the creative use of a good deal of reverb and delay, the mics, other signal processors such as compressors or equalizers used in the studio by The Eagles were probably the very best money can buy, further helping to create a very rich, present and balanced tonal range. When these sounds then have high-quality reverb and delay added, the results are striking and memorable. “Overall, this track epitomizes how a strong song and performance are made even better by the use of reverb and echo,” Jeff concluded.

Echo use can be complex or simple depending on the creative impulses and imagination of the artist. Even a simple mono backing track can be fattened up delay and panning as can be heard in the next example which takes the original mono track and pans that track, slightly delayed, to the opposite speaker.

“Rock On” from David Essex’ Rock On. “It’s a very simple song and what Essex did was to take the backing track, which is in mono, and pan it to the left channel; then he added a short delay and panned the delayed track to the right speaker. This gives the track a sense of space that the mono track would not have on its own. Then, he added the lead vocal, with a little bit of processing in the center channel, balancing the mix well. Later on, he adds strings and other instruments to give the song more depth, but the basic structure and use of delay can be heard very clearly in the song’s introduction and vocal entry. Without the delay, you wouldn’t have the same record. In fact, the sound is part of what made it a hit.”

If you want to emulate this effect, Jeff suggests experimenting with a delay of between 40-80 milliseconds, depending on the tempo of the song, then pan the unprocessed and delayed channel into opposite speakers. 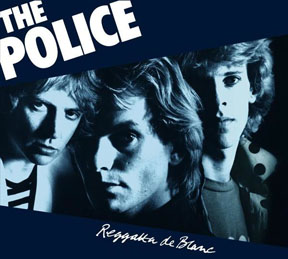 “Walking on the Moon” from The Police’s Regatta de Blanc. Here’s another example of very creative use of delay.

“Here, the producer decided to use multiple delays on different instruments. Just listen to the delay on the high hat that starts out the song… it’s a different delay than that used on the vocal, which is different than the delay used on the guitar. The kick drum has delay which is then panned near the end of the song, so throughout the entire five-minute track, the mix engineer ‘plays’ the delays themselves like another musical instrument, creating new rhythmic patterns that were not played by the musicians.”

It’s important to note that this approach wouldn’t work as well on a loosely arranged track. The tight and controlled arrangement played by The Police, which features short, percussive parts, makes this type of experimentation with delays very successful. Again, an instantly memorable sound, and another hit record. Through it all, the bass line uses no delay effect, providing a solid anchor around which the rest of the track evolves. Jeff ties the use of delay effects back to the song’s title. “Most of us don’t really know what it’s like to walk on the moon, but the delays and echoes give a sense of space that fits the mood of the piece perfectly.” 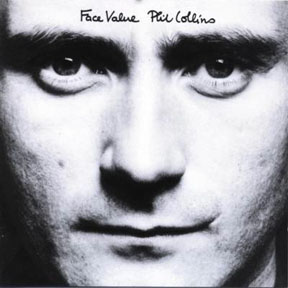 “In the Air Tonight” from Phil Collins’ Face Value. While we considered the use of pre-delay in “Lyin’ Eyes,” “Walking on the Moon” showcases reverb and delay and offers a case study in the creative use of both to create an atmospheric sonic hook of its own that helped create another hit record. “In The Air Tonight” is a track that uses multiple delays on every instrument and vocal to create a moody, ethereal ambience. (Listen to this one on headphones!) The drum part that enters at 3:51 has gated reverb – a classic ‘80s signature – and adds the additional ambience of a very large three-dimensional acoustical space (think airplane hangar), further creating a memorable sonic hook.

“The long intro, nearly a minute, uses delays carefully with repeating echoes to build a sense of anticipation. Like ‘Rock On,’ Collins uses the drum machine track panned dry in the left and the delayed drum machine in the right speaker, creating movement and tension that sets up anticipation for the rest of the instruments to enter. The first sustained distortion guitar is deep in the mists of reverb, giving more three-dimensionality to the delayed spread of the stereo drum machine. Soon, another guitar and two keyboard parts join in, each with its own effects, building a repetitive bed for the lead vocal entry at 52 seconds. Collins’ vocal has a heavily processed EQ, with early reverb reflections and delay further enhancing that part.

“One other nice touch is that after the second verse, an additional series of repeating echoes is added to the lead vocal in tempo. This adds yet another memorable hook that prompts a visual image of Collins singing alone at night in a deserted cityscape, his vocals bouncing off the hard surfaces of his surroundings.”

The limits to how you can use reverb and delay in your own recordings is bounded only by your own imagination and the particular types of reverbs and delays that you have. With the ever-increasing number of software-based plug-ins, high-quality and affordable reverb and delay effects are available that can help you expand your creative tool kit to realize the sonic vision for your own recordings. Happy experimentation!

“In The Air Tonight”
Written, performed, and produced by Phil Collins

Keith Hatschek is a regular contributor to Echoes and the author of two books on the music industry, Golden Moments: Recordings Secrets of the Pros and How to Get a Job in the Music Industry. He directs the Music Management program at University of the Pacific and plays guitar in his free time.