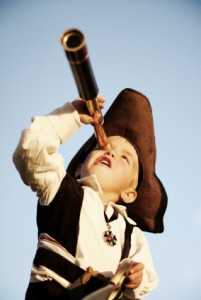 Give Us a Piece of Your Mind!
Some folks in this over-saturated industry equate music piracy with free promotion, reciting the popular soundbite that “obscurity is a greater danger than theft” (Think of BitTorrent pitching their new Artists Pilot Program as a way to “amp up your audience”). Others regard free file-sharing (particularly the illegal kind) as high treason against the sacred art of music. As with most polarizing debates, the truth and best solutions probably live somewhere in-between the extremes.

In defense of those crying foul, shouldn’t talent and craft be rewarded for its own sake? After all, you don’t expect to hire a contractor to remodel your kitchen and then give him 2 beer tickets as payment. You wouldn’t dream of asking some local kid in your neighborhood to mow your lawn for free.

No. You pay them for their service and then enjoy the fruits of their labor, just like when you buy an album or MP3. You’ve paid the artist (and their label, manager, & distributor), and now you can listen to their work at your leisure. And yet I hear at almost every gig, “Hey man, I love your new album! I listen to it all the time.” But when I enthusiastically ask them where they got it from, inevitably they say 1) a torrent site or 2) they burned/ripped/transferred it from a friend.

Even worse, they’re ignorant to the fact that their explanation might offend me.

After all, I’ve spent my own money, time, and talent to make the music this person is now enjoying for free.

Paid In Fun Units
A friend of mine often jokes that musicians today are paid in “fun units.”

She thought up this absurd standardized measurement (which takes on a new colorful meaning when abbreviated to “F-Us”) because music consumers often rationalize their voracious illegal downloading (and their resistance to paying an $8 cover-charge at a music venue when they don’t mind spending $50 on booze) by saying “Well, you’re playing music. At least you’re having fun.”

Really? Because I could think of a few other fun things I’d rather be doing with my time than running scales on the guitar and staring at a computer monitor trying to book another tour.

Or perhaps it is the local club owner or booker saying, “We can’t pay you, but you’ll get two drink tickets and the gig will be really fun and a great way to get your name out there.” Granted, they’re running a business too.

But artists need to carefully consider whether these “opportunities” are really just a “fun” way of getting taken advantage of.

People who justify their cheapness by reminding musicians how much FUN we’re having might not always be ill-intentioned, but they are minimizing or altogether ignoring the hard work and creativity that many artists dedicate to their craft.

Should we stand for it? Do we have any choice? Is this minimization an irreversible trend?

The End Of Standard Practices
At the same time, I would much rather someone actually hear my music, even enjoy my music for free, than not hear it at all. Perhaps a new fan would never have been at my show in the first place, were it not for that little initial theft.

Is this a fair trade-off? Can musicians today demand the same kind of respect and wages as a tradesman, teacher, bartender, neighbor mowing your lawn, or babysitter?

Or, in a world chock-full of talented people who have easy access to affordable recording technology, is it merely the squeaky wheels, the hardest-workers, the buzz-bands, and the lucky few who deserve to be compensated for their commodity… ummm…. I mean “art.”

After all, simple laws of Supply & Demand illustrate that the more music that is available out there, the less that music is worth. And since 0s and 1s require almost no shelf space whatsoever, you cannot determine value of a digital file in the same way as a physical product that requires storage, shipping, distribution, and manufacturing costs-per-unit.

Sure, the internet has democratized music promotion and distribution, allowing indie artists access to a kind of exposure formerly reserved only for major label acts. But as the old paradigm erodes, so too do the standard practices that were tightly controlled by a more consolidated, powerful elite (the major labels, the PROs, etc.). And one of the things that seems to be going out the window is the general view that musicians should be compensated for the very act of making music that people want to consume.

Music Is Worth Something
The new unknown frontier is an exciting and frightening place.

Thankfully, things are tempered by a healthy tension between those hoping for a headlong rush towards free music and the Old Guard who’ve got their feet firmly planted in soil that keeps turning over, and this tension between the extremes has its own moderating power.

Music-makers and music-consumers aren’t being driven off a cliff any time soon. I, for one, though I’m not bold enough to say exactly WHAT the value of a recorded or live musical experience is, am confident that it is worth something.

Proposed Legislation
One group that is currently attempting to combat piracy is called A2IM. If you’d like to learn more about their efforts, click HERE. Also, we’d urge you to read for yourself the legislation they are supporting and hear your feedback on the matter.
A2IM has a significant voice in the music piracy debate, but we want to listen to your voices as well.

So, what about you? Is piracy an issue for you as an artist? Are we making a mountain out of a molehill? Or is the sky really falling?

22 thoughts on “What Do You Really Think About the Piracy Issue?”