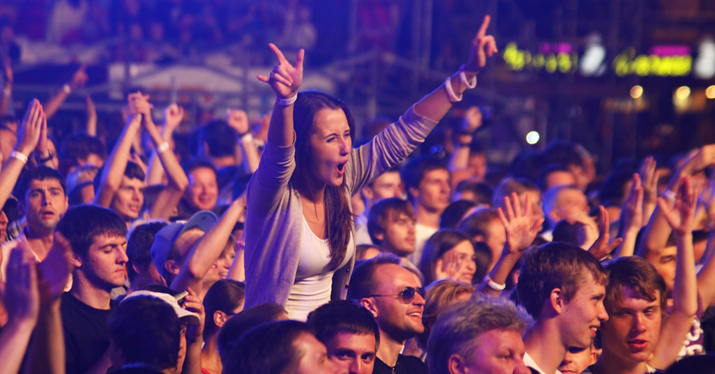 The authors of The Indie Band Survival Guide provide seven effective strategies to get your music noticed that are easy on the pocketbook.

In some music business schools, they still give students assignments that go like this: “Assume you have one million dollars. Make up a marketing plan on how to promote a band.”

Although most bands would like to have the kind of budget to promote their latest album on TV, radio, and billboards, they are more likely to have just enough to print up posters for the next gig. And yet indie artists can get the kind of attention that major label acts get: you just need to plan appropriately and implement a few tried-and-true strategies.

Here are seven effective strategies to get your music noticed. The good news is they’re easy on the pocketbook and can be acted on today. All they take is a bit of time and some thought about how to get your music directly in front of the people who are likely to be your new fans. While they may not have heard of you yet, if you follow these strategies, they will.

You have one thing to do before you get started, though. It’s the one thing that every band must know: who is the audience for your music? What are their ages? Where do they hang out? What do they do? What are their interests? Who are they? The better you know your target audience, the easier you’ll find the strategies are to implement and the greater the return on your planning.

Once you know your audience, dig in.

Seven effective strategies to get your music noticed

1. The Standing-Out Strategy
The first thing most musicians think of when they want to promote their music is to get it reviewed by a music publication or played on the radio.

Don’t start there. Publications and media that cater solely to music are probably the hardest place to get your music noticed.

The competition for attention in music publications, music blogs, and promotional sites is overwhelming. For instance, National Public Radio’s “All Songs Considered” receives hundreds of CDs submitted every week. Out of those, only eight get featured. And those are sandwiched in between other songs, and played just once. The same is true with music reviews. Although they are good for getting quotes for your press kit, it probably won’t get you many new fans, since it’s a music review in a pile of music reviews.

Instead of focusing on music publications and media, think in terms of audiences. Put your music where it will stand out from the crowd. As an example, consider one of the biggest sellers in the early days of CD Baby: an album about sailing. Instead of following the crowd and sending the album to a music magazine, the band instead cleverly sent their album to a sailing magazine.

The sailing magazine – which wasn’t used to receiving music, much less an entire album dedicated to exactly what the magazine was about – ended up reviewing the album. The band’s CD stood out. It didn’t have to compete against stacks and stacks of other CDs to get noticed. And because the magazine had a large audience and the CD got a great review, sales shot through the roof.

This is what we call the standing-out strategy, and the great thing about it is, there is room for everyone. While your music is in a musical niche, targeting the people that like that kind of music directly represents only one, highly competitive channel for your music. By putting your music where there usually isn’t any, your music can get noticed.

2. The Piggybacking Strategy
When you’re not well known, the quickest way to get the word out is to piggyback on something that people already know about. One the best known forms of piggybacking is listing the bands you “sound like” on your website and bio. This gives new listeners a clue as to what to expect by drawing on what they already know. Of course, another popular piggybacking tactic is to cover a well-known song. Often, these covers become your initial best-sellers. But they also act as a gateway. If listeners like your version, they’ll likely check out your original material.

For example, our own band, Beatnik Turtle, wrote a song called “Star Wars (A Movie Like No Other).” It summarized the entire original Star Wars trilogy in a single song. Around the same time, StarWars.com released a video mashup tool, so we decided to make a video for the song. The video ended up getting played over 15,000 times thanks to the active community at that site. That popularity led to it getting picked up by Atom.com which in turn led to it being aired on SpikeTV to celebrate the Star Wars 32nd anniversary.

Current events and popular culture provide opportunities for piggybacking as well. When a topic is hot, a large number of people will be searching for information about it. For instance, The Brobdingnagian Bards, a Celtic Renaissance musical duo, are always looking for trends to ride, so when the Monty Python musical Spamalot got popular, they posted a blog entry about Spamalot and also mentioned that they covered a Monty Python song previously. The post got a ton of hits, got them noticed by new fans, and resulted in sales.

But piggybacking isn’t always about how to get publicity. It can be for a good cause as well. Grant Baciocco of Throwing Toasters put together two compilation charity albums called Laughter Is a Powerful Weapon, with music donated by himself and many other well-known comedy artists. The money from one went to the Twin Towers orphans fund and the other went to the Red Cross for Katrina victims.

3. The Agent Strategy
Most bands start out promoting and representing themselves because they start out small. But it’s human nature to think more of someone when they have someone acting on their behalf. In fact, it’s been shown to be true in various psychological and sociological studies. Even if you’re just starting out, find someone to represent you and you’ll have more successes.

Having an agent is even more useful during negotiations, because they can be as tough as they want to. If you negotiate for yourself and you give the other side a particularly hard time, they might start to dislike you, rather than your agent.

4. The Multi-Tasking Strategy
The musicians who have the most success don’t just rely on one project for their income. Most of them work on many things beyond playing live, selling albums, and selling merchandise.

For instance:
– Jonathan Coulton participates in the Popular Science magazine podcast at popsci.com and licenses his music.
– Brad Turcotte of Brad Sucks maintains multiple websites, including stripcreator.com, and also licenses his music.
– Grant Baciocco of Throwing Toasters writes and produces the multiple-award-winning podcast “The Radio Adventures of Dr. Floyd,” does voice-over and acting work, and produces a podcast for the Jim Henson Company, among other projects.
– George Hrab is a drummer in a popular cover band that plays at weddings and corporate events, writes and produces his Geologic Podcast, and has written a book.
– The members of Beatnik Turtle have day jobs, run IndieGuide.com, write books like The Indie Band Survival Guide and are regular contributors to Electronic Musician‘s The DIY Advisor.

Not only do musicians like these have a lot of projects going on, they use the projects to promote the others.

5. The Long-Haul Strategy
While major labels had to focus on making one-hit wonders because of their business model, that was never the best situation for the musician. Furthermore, it’s not even similar to the way most businesses work, which is to build a name over the long term and establish consistent income year after year. A band or artist can be just like any other business that starts out small and eventually becomes solidly established.

For example, years ago, Brad Turcotte released his first album online as a downloadable set of MP3s. The money he made from this allowed him to do a run of CDs, which got him another surge of new fans. Later, he released the source tracks to his music, this time making new fans among people who enjoy remixing songs. After he packaged the best remixes into another CD, he got a new surge of fans who loved both the remixes and the original material. By the time he released his second album, it not only did well in its own right, it generated interest in his previous albums.

6. The Street Team Strategy
Today’s artists are more connected with their fans than ever. In these days of social networks, word of mouth is many times more powerful than it’s ever been. Every fan you have is connected to many more people, and sometimes, all you have to do is ask in order to get their help in spreading the word.

In the past, a street team was all about putting fliers under windshield wipers and in coffee shops. With the web, they can distribute your music to new fans, get the word out about your shows through their social networks, or even get people to sign up to your mailing lists.

The key to a successful street team is to be explicit in asking what it is you want them to do. Then, be sure to give them the tools they need to be successful. And of course, reward them for their help by offering perks, exclusive material, special shows, or free merch.

7. The Stay-Tuned Strategy
Before radio DJs head into the commercials, they announce what they’re going to play after the break. This keeps people tuned in during the break. You can adopt the same technique. Always talk about your next project when you talk about your band, whether you’re talking to the press, your fans (via your blog, on Twitter and Facebook, etc.), or other musicians.

So it helps to have a sound bite on the tip of your tongue about what you’re doing next. Movies have trailers, and a band should have announcements of what’s to come.

As you can see, many different strategies are available to help you get noticed. There are no rules to this new music business, so we suggest experimenting with as many strategies, projects, and ideas to see what works best for you and your music. When you find something that works, keep it up; and when you find something that doesn’t help get your music noticed, just move on.

Image by katatonia82 via ShutterStock.com.

50 thoughts on “7 effective strategies to get your music noticed”