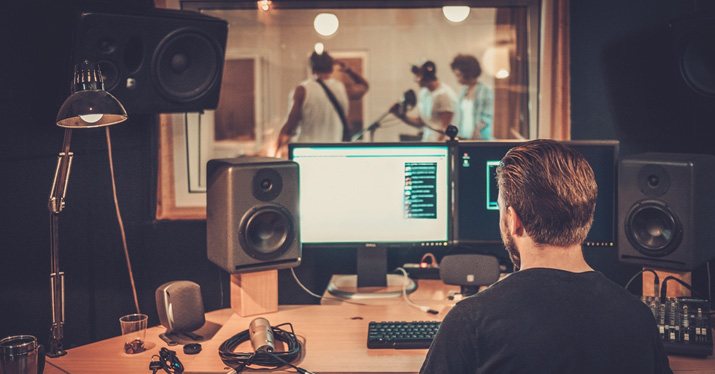 Successful recordings start with some form of pre-production, and we talk with two producers to learn more about the pre-production process

Whether you’re entering the studio for the first or fiftieth time, embarking on a full-length album or a soundtrack one-off, successful recordings start with some form of pre-production. It could be as simple as a one-time conversation with the studio manager to go over the studio’s etiquette, layout, fees, and the specifics of how your time in the facility will play out. But for most projects, pre-production is a much more involved process that allows the artists and production team to define things like which songs will be recorded, the key of each song, and their tempos.

Like any working relationship, the producer, engineer, and artist work best when parameters, expectations, and roles are clearly defined. “The first part of courting a band is the personal relationships,” says Drew Raison Raison of Big Sky Audio in Springfield, PA, “and it’s about setting boundaries. Some artists want a producer to help them structure, shape, and create a final product. Some just want a stunning recording of their material. My role as a producer is about understanding somebody’s vision.”

Pre-production is also the time when producer and artist will sort out arrangements, solos, lyrics, harmonies, instrumentation – everything that plays into the song’s sound and structure. Finally, pre-production answers questions regarding the physical placement of people and instruments in the room. Is the band recording live all at once? Is every instrument going to be tracked separately? Headphones or a PA system? Is this a three piece rock band or a 10-member string band with a horn section? Every project has it’s unique needs, and pre-production examines the process of the recording.

Chris Shepard of Chicago Recording Company believes a good first step is often a small one. Rather than book an album project right off the bat, he suggests he and the artist “make sure we’re a good match. It’s nice to start slow. Let’s get together and do one studio day and do one song. We’ll listen through a variety of the artist’s songs, and we’ll find one, some common ground we can hatch a relationship on. It’s like taking a picture. Just do one song and make sure you’ve got the right people in place. The folks you work with, you live with them, and it will heavily reflect on the sound of your record.”

“Sometimes we do what I call a ‘snapshot session,’” echoes Raison, “where we bring the entire band in, do a full miking, and take four hours and record every song the band knows. I don’t care if the lyrics aren’t complete, or you make a mistake, or the tempos are bad, or if the guitarist is awful that night – I just need to have a snapshot of all the songs. So a band might lay 20 songs on the table, and I burn those 20 songs on a CD and hand that to everybody. We’ll pick the tentative singles, and we’ll hear certain songs and say, ‘I love the groove in this song, I think it’s a beautiful song, but I don’t like the arrangement.’ And we’ll sit and discuss our ideas.”

These discussions will also encompass the recording options, and contrary to what you may think, there are many ways to record a project. Maybe the producers decide to avoid using headphones altogether and opt to record live in one room. Or perhaps renting a sound stage or finding a remote location is the best solution for basic tracks. Rather than tracking the instruments for the entire album, one by one, the producer might suggest an alternate schedule.

“Sometimes it’s fun to just do one song a day,” says Shepard, “so everybody’s involved. If you’re doing 10 songs, you book 10 days of studio time and you do a song a day, top to bottom. It makes it a nice little adventure for everybody. Sometimes when you track all the drums, and then you track all the guitars, you’ve got the drummer playing video games in the other room for a week… everything’s disjointed, it’s not a group project. This way, by the middle of the day, you’ve got the basic tracks, you have a little dinner, then everyone’s into doing the backing vocals or the percussion things that need to happen. Everybody’s creating something every day.”

Keeping an open mind to possibilities can also help avoid producing a stale or uninspired recording. It’s no easy task, especially for anyone unfamiliar with the studio, to produce a recording that captures the soul of a performance. As a player, the translation from live performance to the studio can be an awkward one, as you’re often performing is isolation booths and are physically and sonically displaced from your instrument’s sound. It sometimes leads to a sterile finished product.

When a good producer is working well with an artist, they will create ways to counter the tendency to stiffness while recording. Finding ways to put the artist at ease or evoke a stirring performance in the studio is one of the qualities of a talented producer. Shepard (who insists he’s never more than a co-producer) says he always learns something from every artist he records, and one thing he’s learned is that preparation isn’t always the key to a great recording.

“When Wilco came through to record for a soundtrack,” Shepard recalls, “the songs would start with Jeff Tweedy writing, singing, and playing the acoustic guitar. The band would come in and learn the song from there. And they wouldn’t know the song too well. That’s also a trick. You know, you’re doing pre-production, but you don’t want to have the thing totally nailed and ironed out – you want to track it just before you know it 100 percent. Leave that little bit of risk in there. It can make for a great take. So in the pre-production for those guys, they kind of knew the song, but they would really stay true to the essence of the song’s original inspiration.”

Perhaps the ultimate job of a producer is to make the most of the artist he’s working with. Sometimes that means creating the perfect environment in the studio, and sometimes that means telling a band they’re just not ready to make a full album.

“If you’ve only got 10 songs written,” Shepard advises, “you’re probably not ready to make a record. I would say you’re in EP land. Don’t call it a demo. It’s an EP. There’s no reason to put a full-length album out. If you put all your finances and resources into this one project, when you’re done, everything is drained. If you just record a couple of songs, and you get a simple, affordable package together, you still have money left over to record more songs later. And you can add those to your next recording, and eventually you have a full-length record. Give yourself the opportunity to get noticed.”

Raison describes the producer’s ultimate job as serving the client’s vision, and that begins with understanding what that vision is. Pre-production, then, is the immensely important first step in attaining this understanding.

“When we discuss things, when we share ideas, I get a better notion of what the client wants, and that way I can deliver what the client wants. It’s a matter of understanding somebody’s vision. How can I understand it if we don’t talk about it in advance? Otherwise I’m just taking a pot shot. All I want is for my client to be happy with their record, and for it to meet the vision that we decided on originally.”

Andre Calilhanna is an indie musician with 20 years’ marketing experience at Disc Makers.

Drew Raison‘s career is founded on the music and production knowledge he’s lived for the last 25 years. Concentrating on music production and mixing, Raison works directly with entertainers and artists from a wide variety of genres, assisting them through the complex world of professional entertainment. From his first studio stint at Queen Village Recording Studio in Philadelphia, Raison produced sessions at Studio 4, The Warehouse, and Kajem/Victory before opening Big Sky Audio, a major 4,000 square foot, multi-room recording studio in the Philly suburbs. Raison’s latest endeavor is Philly Sound Studios, a recording studio/live performance venue which also houses the Modern Media Academy, a teaching/learning facility for people to discover the world of audio and help develop the next generation of music professionals.

Read More
Pre-production tips for recording drums
Isolation headphones and your home recording
Recording Tips For Producers, Engineers, and Musicians
Psychology and the Music Producer – an audio engineer often has to do it all
Behind The Glass with Daniel Lanois

One thought on “Pre-production and your studio recording”