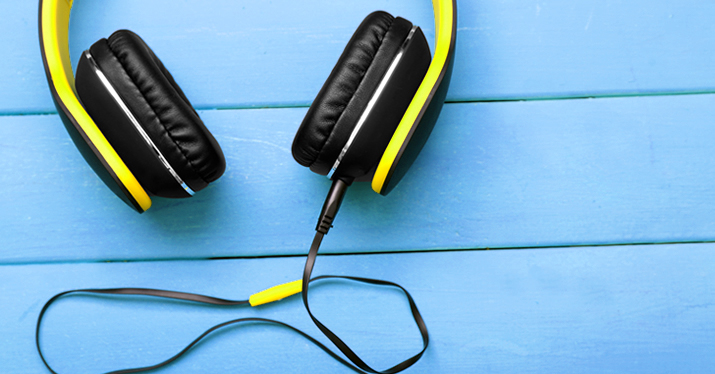 In the last lesson we covered a few different strategies for starting to train your ears. This included singing with your instrument, singing over a drone, and singing intervals in all the keys. Now we’re going to take it a few steps further and work to really develop our ears ability to pick out notes and relationships. Remember that these exercises take time – developing your ears is a long process. I would practice the exercises from the first lesson and this lesson over the next several months and you’ll start to see development. It’s not a forced thing, more of a gradual opening of your ears.

By this point it should go without saying that each exercise should be done in every key. Break them into small chucks where you do a few keys each time your practice and eventually cycle through all 12.

We’re going to expand from last week’s “singing a scale” exercise to singing the different modes. Playing along with your instrument, sing each major scale ascending and descending in the starting from each note of the scale Therefore you’ll sing first Do Re Mi Fa Sol La Ti Do, then you’ll sing Re Mi Fa Sol La Ti Do Re, them sing Mi to Mi, Fa to Fa, etc until you are singing in the second octave. If it’s uncomfortable to sing that high take it down below your initial “Do” for the scales that may be out of range.

This is important because it set you up to hear outside of the normal scalar patterns. If your relative pitch is only good for an ascending or descending major scale starting on the root you’ll be pretty limited. You want to make sure your ears are open to the other diatonic combinations. Once you are comfortable singing and playing try to do it without your instrument. The reason for using your bass while you play is to 1) ensure your intonation is correct and 2) train you to hear the notes and relationships as you practice. When you can do it accurately without your instrument it means you’ve really started to internalize the relationships between the notes – this is a exactly where you want to be.

Again with the modal-singing, but this time do it as arpeggios. Therefore you’ll sing the following (ascending then descending):

Continue through all the different starting tones in the major scale. Again, if singing two octaves is too large a range drop the exercises down below your starting tone (but keep the same ascending/descending relationships, don’t switch octaves half way). Start off playing with your instrument and again once you get comfortable try doing it accurately without accompaniment.

This is the time for a little brute force memorization. Do whatever you have to do, but memorize the sounds of the E, A, D and G strings. These are pitches you need to be able to instantly identify when you hear them. Every day make a point when you practice to sing these four notes for 5 minutes and play along. If you have a tuner that can pick up sound without being plugged in test yourself by singing into the tuner every day. Eventually you’ll be able to nail each of these. It will make everything so much easier if you know these four pitches solidly. We’re using them as a reference since they are our open strings.

Once you’re comfortable singing the different modes, singing all the intervals, and singing arpeggios, you are ready to move onto working with chords. We’ll start with major thirds. Play a major third on your bass in a comfortable singing range. Just listen to it. Take note of the two tones you’re playing and reference the “subtleties” you identified from the last ear-training lesson, you should be able to pick out the qualities of each tone in the chord. Once you feel you can hear the separate tones, sing them with the chord from low to high (just a generic “La” for each is fine). For example if I’m playing a G-major third, I would play, listen and then sing the G and the B while the chord is sounding.

This exercise will help you develop your ear for picking out the different notes in a song. The soloist may have a linear line, but there will be lots of other instruments playing and a fair amount of choral arrangement in any song. Being able to pick the notes out in each chord is essential. This will also help you develop your ear for perfect pitch since you are focusing on the subtle differences between each set of notes.

Play different major thirds all around the neck. Move chromatically to start, and then pick starting tones at random. If you have difficulty picking out the individual notes in the chord play each one separately to start and the together. For example if you could not pick out the tones in a G major third, play the G, stop it, then play the B. Sing each note. Now play the G, let it ring, and play the B – again sing each note. Finally play the G and B at the same time and sing each note. With practice this becomes easier.

Repeat exercise 4 with all the other intervals. The more compact intervals (major and minor second) will be the ones which are more difficult. Work with both major and minor intervals all over the neck. You’ll find over time that it will be easier for you to hear the individual tones in each interval, as well as recognize certain things about the interval itself.

Now that you’re comfortable with the different intervals it’s time to expand to full chords. Start off with basic major and minor triads using the same concepts in Exercise 4. Sing each note in the chord while paying special attention to the subtleties of each pitch. This exercise will not do you any good if you just rush through it, so be sure to pay careful attention to each tone as you sing it. If it’s necessary set your metronome to 40 bpm and sing for two clicks on each note. That way you’re really letting your ear soak in the tone and how it stands out in each chord.

Once you feel good about the major and minor triads start trying other three-note chord combinations, such as a major or minor seventh (without the 5th). If you can easily identify a chord type, such as major 7th, minor 7th or dominant 7th you’ll have a great head start in any music scene you play. These are the foundational chords to a lot of modern music.

If you have a friend that plays guitar or bass test each other for different strings of notes. Start small, have them play one note for reference that you know (such as E A D or G since you already memorized those tones right?), and then play another note afterwards. You can get 3 trials to hear the note and then you have to give the answer as to what it is. Testing yourself will really help your ear develop. Once you are consistent naming one note with a reference pitch have your friend play two notes in sequence after the reference. Then three, four, five etc. The longer the sequence of notes you’re able to hear, remember and name correctly the better – soon you’ll be able to hear an entire line!

Once again I need to reiterate that ear-training is a journey and a constant pursuit. You can never have ears that are too good. It’s a good idea to think of reference songs to help you remember pitches and intervals. For example “Twinkle Twinkle little Star” is a major fifth followed by a major second. I agree it’s not the sexiest song out there to remember this by, but it’s so ingrained in my memory I know I’ll never sing it out of tune. Whenever you listen to the radio try to pick out the chord progressions – is that a ii-V-I, a I-vi-ii-V or a IV-iii-ii-I ? The most important thing is to keep up with it, a little bit everyday is way better than a lot every few weeks – your ear will mature with time.

Article courtesy of our friends at notreble.com, the site for bass players.