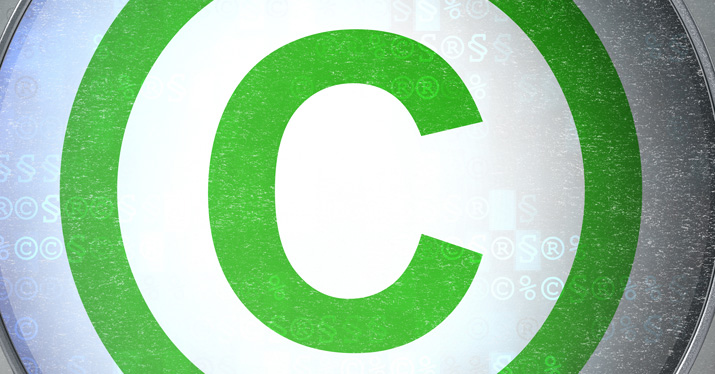 Practical advice to earn you twice the music royalties you think you’re owed.

No musician can afford to miss out on music royalties or any potential source of income. So if you’re a songwriter, and not a member of a Performance Rights Organizations (PRO) like ASCAP, BMI, SESAC, or SOCAN (Canada), you could be leaving money on the table. It’s not difficult to join one of these organizations, and as an independent, there are ways to enroll that allow you to maximize your royalties and double what you might think you’re eligible for.

Unfortunately, to understand PROs and what they can do for you, it’s important to understand how copyright works for music. So even though “brief” and “copyright” should probably never go into the same sentence, an overview to explain why PROs exist, how they pay songwriters, and how they are different from other organizations that collect money for musicians (like Harry Fox) is necessary.

Two copyrights in one

Let’s say you grab your guitar, hit record on your 1978-vintage tape recorder, and make up a new song. Congratulations, you now own two copyrights. One is the recording that you just made. The second is the new song. The song can be recorded again, written down as little black dots, performed live, covered, copied, put in a movie, or turned into a ringtone.

The recording copyright (Form SR in the U.S.), and the song copyright (Form SA in the U.S.) each have different rights that go along with them, and they can be owned by different people. Music labels traditionally have held the recording (SR) copyright, while songwriters hold the song (SA) copyright – though in recent years, labels have been taking cuts of the SA copyright as well. Indie musicians usually own both copyrights, and sometimes see the recording and the song as the same thing. But if you want to make money off of your music, you need to start separating them in your own head.

To join a PRO, you must own at least one song copyright. Considering that’s as easy as recording and releasing a song that you write (i.e. making it available on your website), this is an easy bar to meet. Although we’re only going to talk about performance royalties and PROs here in this article, you should know that there are other ways to make money from your song copyright, such as mechanical royalties, synchronization rights, and others.

Quick fact: It is not necessary to register your song or sound recording with the U.S. Copyright Office to get the copyright on it – though that gives you additional legal benefits. The law automatically grants you the copyright once you created and record an original song in some tangible form such as a hard disk, CD, tape recorder, or even a piece of paper.

Now that you are a song copyright owner, you might be wondering what this means. What kind of control do you have over your music? How can you get paid when it’s used?

It all begins when you make a song available to the public – such as making it available for sale on CD, uploading it to your website, or posting it to your SoundCloud or ReverbNation page. Once you do this (the law calls this “publishing’), US and Canadian law allows anyone to broadcast or perform your music: you can’t say no.

Fortunately, the law also says that you’re entitled to get paid each time your song is broadcasted/performed. This includes:

There are other ways your music can be performed publicly, of course, but no matter how it’s performed, you’re entitled to a royalty from the venue or broadcaster that played your song.

In the U.S., copyright law sets the payment rate at 9.1¢ per play. If your music is performed in public a lot, that can add up. In fact, some of the indie artists we interviewed for our book – artists that you may never have heard of – pulled in checks for thousands of dollars thanks to performance royalties.

Knowing when your song is played is one challenge; getting paid for it is another. This is where PROs come in. Since copyrighted music is being played all the time, it takes large organizations like ASCAP, BMI, SOCAN, and SoundExchange to try to track which songs are performed, collect the money owed, and distribute the royalties to their members.

In general, those broadcasters or establishments that use music (e.g. radio stations, bars, clubs) enter into music-reporting and subscription arrangements with PROs to cover themselves for the music they broadcast and perform. In other words, they pay PROs a blanket fee for the right to perform the music in their catalogs.

Quick fact: The reason you can play “Freebird” on stage and not owe money to the copyright holder is because the venue you’re playing at pays a general license fee to one of the PROs to cover them for whatever music is played. This same license allows them to broadcast their jukebox, music-on-hold systems, whatever the sound guy plays through the P.A. system, etc.

While the PROs use many techniques to discover if a song has been played, there’s too much music for even them to keep track of. Where economically feasible, PROs conduct surveys for a complete count of what exactly has been played, for instance by gathering playlists from radio stations. Otherwise, they conduct sample surveys to give an approximation of what songs have been played and how frequently. In other words, they turn on the radio and write down the songs they hear.

Unfortunately, their methods don’t work well for independent musicians. Just because your song is played doesn’t necessarily mean you’ll get paid. Of course, The more plays one gets, the greater the chance of being reported. However, most of the media that PROs currently monitor are gated off or extremely difficult for indie bands to get played on (e.g. commercial radio, which is pay to play.) So, in many ways it comes down to luck as to whether any of your performances get registered in one of their surveys. If you’re lucky enough to have that occur, however, the check can be quite sizable – anywhere from hundreds to thousands of dollars.

To address this problem, some PROs have created programs that set aside some royalties for those members who get played in media and venues that are not included in their surveys. For example, ASCAP created their ASCAPLUS Awards Program so members could report public performances of their songs directly to ASCAP. These reports are reviewed by a panel who then determine if the artist should be awarded royalties.

Quick fact: When you perform your own songs live, you technically have a right to get compensated for the performance. Unfortunately, most PROs in the United States do not survey the smaller venues where indie bands typically perform. Instead, they put money they collect from these venues into a general license fund that is distributed to PRO members based on featured performances on radio and television.

The relative cost of joining these PROs is small, and the rewards can be worth it. It simply comes down to a cost/benefit decision you need to make for yourself.

A few reasons why you would join a PRO include:

Also, PROs provide their own incentives beyond collecting royalties on your behalf. Some offer perks such as discounts for music equipment at music retailers, career assistance, and health insurance benefits, so you’ll want to choose the best one for your needs.

Quick fact: If you allow your music to be played on podcasts (i.e. you make it podsafe or license it under a Creative Commons license) but also register it with a PRO to collect money for public performances, the PRO might go after the podcaster for publicly performing your music – even if you want to let the podcaster play it for free. This is one area of music royalties that isn’t settled yet.

Registering with a PRO (song performances)
Joining a PRO is relatively easy, but each PRO has its own registration method and (nominal) application fees, so you’ll need to visit their Web sites and contact them to register. Before you can join, they usually want you to have at least one song that you’ve written, recorded, or had performed publicly. For simplicity, PROs encourage, and often require, membership in only one organization, so you’ll need to choose the one that’s right for you. Once you join, membership allows you to register information online about your songs so the PRO knows which songs to track in their surveys.

When most independent musicians join a PRO, they naturally join as a songwriter. But joining only as a songwriter means literally leaving half of the money owed to you on the table. That’s because the copyright in a song is split into two roles: the author and the publisher. The author is the songwriter who writes the words and music to the song, while the publisher handles all the business administration the song generates (convincing others to perform it, licensing the song for use in film and television, collecting the royalties, etc.).

For an indie musician, this distinction is artificial, since most perform both roles for their music. But you really are doing two jobs, and the law states that any money collected by PROs be split fifty-fifty between the two. This means that you should “officially” wear both hats. It also means that your songwriting sheet, where you keep track of who wrote what percentage of each song, should also include the publisher and publisher percentages.

To double your money, you need to join as a publisher AND as a songwriter. One of the indie musicians we interviewed for our book received a royalty check for a few thousand dollars as a songwriter, since his song was getting some airplay. Then, three days later, a second check arrived for the publisher – for the exact same amount. If he hadn’t registered as his own publisher, he would never have received that second check. Songs that get caught in PRO surveys that do not have a publisher associated with them simply lose half of the payout.

Registering with a PRO (recording performances)

If you own your recordings – which most indies do – you should also register your recordings with SoundExchange, the PRO that obtains performance royalties for sound recordings. Since sound-recording rights are different from the song rights, you can join this PRO in addition to one of the song-performance PROs. This type of royalty is rather new and the subject of much discussion and negotiation. Sign up as a “sound-recording copyright owner” and designate the “featured artist” for the sound recording – usually you or your band – since royalties are split between the two. If you don’t register both, this too will result in lost royalties.

To learn more about PROs, copyright, licensing, as well as just about everything else to get you and your music noticed, heard, booked, distributed, publicized, and win fans worldwide, buy The Indie Band Survival Guide!

Related Posts
Making Money With Music Licensing – Part I: Copyrights and Revenue
Music Licensing and Leveraging Your Songs
Get Paid When You Get Played
Practice Safe Sampling – Copyright, Licensing and Your Music
Learn about CD Baby’s Sync Licensing program
Getting the most from your entertainment attorney

13 thoughts on “Get paid when you get played”