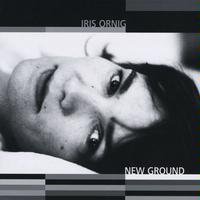 Here’s an in-depth review of why we recommend CD Baby artist Iris Ornig. She is “a gifted instrumentalist, a talented composer, and a charismatic performer.”

New Ground was released March 3rd, 2009 and features original compositions as well as original arrangements by Ornig. She also produced the CD. The album features Ornig on bass, Daisuke Abe on guitar, Yoshiro Okazaki on trumpet, Danny Grissett on piano and Tony Jefferson on drums. Rebecca Martin and Nunga Babu are featured vocals (Babu sings on “Here I Go Again” and “Sweet and Loveable” and Martin perfoms “Let the Lower Lights be Burning”).

If I could sum up New Ground in one word, it would be elegance. Everything about the playing on the album showcases superior musicianship from all the players with tasteful and beautiful melodic lines in all the solos. Ornig’s bass playing exemplifies the root mission of jazz bass: providing an unshakable foundation so the song can soar. “Summer” has Okazaki flying over the changes with Ornig giving him space and support. Do not think Ornig remains in a foundational role though, many of the songs feature her solo playing.

Two of my favorites were “The Very Same Sensation” and “What is This Thing Called Love” (an arrangement by C. Porter). “The Very Same Sensation” is a straight jazz style piece that has a haunting but cheerful melody where Ornig, Okazaki and Grissett all play off each other melodically. This style of musical-conversation is persistent throughout the album. Each player contributes to overall conversation and takes it in a new direction.

“What is This Thing Called Love” moves gracefully between a slow latin-style rhythm and a fast paced jazz feel adding a strong dynamic feel to the piece. The album also features a rendition of “Weisst Du Wievil Sternlein Stehen?” a German lullaby with a soothing melody and nicely executed solo by Grissett. Ornig works with the rest of the band to provide the appropriate background for both Martin and Babu. In each of their sung pieces the tone and melody are the features, each player adding only what is needed to enhance the song. This gives a wonderful finished product that you can just as easily relax to or sing with. Overall her compositions are all at once rhythmically complex, dark, melodic, sensitive, joyful and seamlessly flowing and mixing genres with superb results.

You can listen to samples of the songs at Ornig’s website. The album is currently available for purchase at Amazon.

Ornig is originally from Germany and studied music in Switzerland and at the Guildhall School of Music and Drama in London. She moved to New York City in 2003 working as a performer, arranger and composer as well as being an active teacher and clinician.

What others are saying about New Ground:

“I absolutely love this CD. It has intelligent, creative arrangements with a diversity that provides interests for a wide spectrum of jazz fans. It is so great to discover someone new to bring a freshness to the sound of radioIO. The tracks of “New Ground” will be on the front burner of radioIO REAL Jazz for a long time.”
– Michael Matheny, Program Director & Host radioIO REAL Jazz

“This album is a nice surprise. It’s good to hear a contemporary group that’s not just out to peel the paint off the walls. This is a very tasty set.”
– Terry MacDonald, Jazz Director WSCA – Portsmouth, NH

Article courtesy of our friends at www.notreble.com, the site for bass players.